Great ministries are not formed solely as a result of prolific ideas and plans. They are born through the Spirit of God who breathes life into a people called to affect change and impact the world. Every church experiences a birthing. Every ministry has a story. This is our history – the story of the Apostolic Church of God 7th Day. 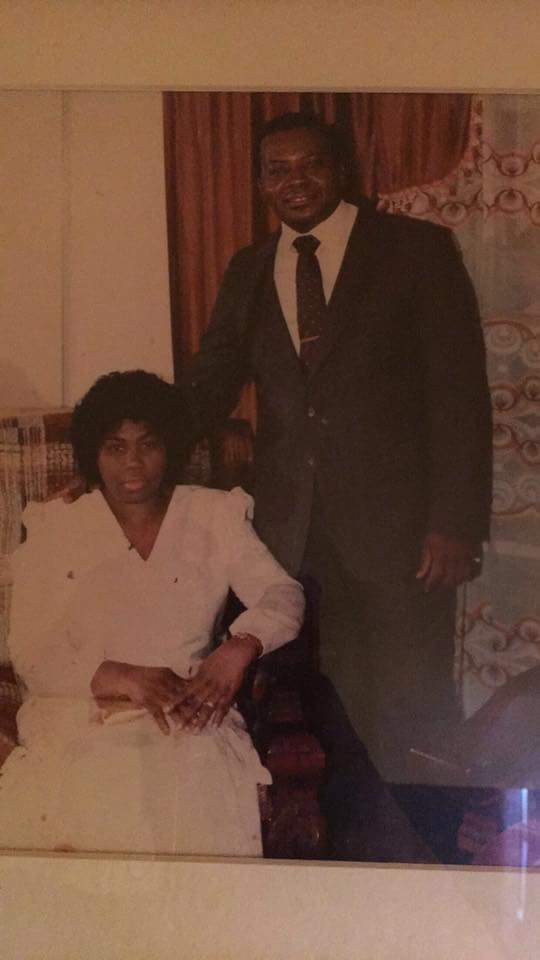 The year was 1977.  The Church of God 7th Day had its roots planted in several areas in the Greater New York region. However, the borough of Queens was unchartered territory with no established church there. Sister Suzette Burgess, a Queens resident, attended a local Church of God 7th Day in the Brooklyn, New York.  God, in His sovereignty, inspired her with a vision to begin a work in the Queens area.  Although she was the recipient of this inspiration from God, Sister Burgess was not selfish with the vision she received from the Lord.  She shared it with her close friends, Evangelist Roy G. Millwood and Sister Hortense Millwood who also attended a local church in Brooklyn, New York.

Understanding the immense responsibility of starting a church in an area that was not entirely familiar, Evangelist Roy and Sister Hortense Millwood sought the face of God in prayer and supplication concerning His plan for them as it pertained to their role in the formation of a brand new church in Queens, New York.  After much consideration and deliberation, Evangelist Roy and Sister Hortense Millwood accepted the call to serve as the leaders and founders of the Church of God of the Apostolic Faith 7th Day.

On June 11, 1983, seven years after the vision was given to Sister Burgess, the Church of God of the Apostolic Faith 7th Day held its inaugural service in the basement of Sister Burgess’ home which was in the Springfield Gardens section of Queens.

The founding members were: Evangelist Roy Millwood, Sister Hortense Millwood, Sister Suzette Burgess, Deacon Roman Thompson, Mother Daphne Thompson, John Millwood, and Andrew Millwood. It took seven years for the vision of this new ministry to come to pass, and God used seven individuals to blaze a trail of worship and the word that many others would tread on in the years to follow.

Three weeks after the initial church service, several members from Mount Zion Church of God 7th Day assembly came to support the newly formed Church of God of the Apostolic Faith 7th Day.  Weeks later, sixteen new souls joined the Church. With the increase in membership, the need arose for the church to have someone ordained as Pastor over this blossoming congregation.

On July 4, 1983, Pastor Watford of the Nazarene Church of God 7th Day ordained Evangelist Roy Millwood to the office of Pastor, giving him the charge to diligently lead the church as a father, shepherd, and guide.

The Church Continues to Grow

As the church began to grow, the volume in worship increased as well, prompting neighbors to complain about the “noise” coming from Sister Burgess’ home on a weekly basis. It was at that time that the church moved from Sister Burgess’ home to a building location on Francis Lewis Boulevard. Although this building had no heat, the members of the church continued to worship God with passion and vigor from week to week. In June 1984, the church moved once again to another location on Merrick Boulevard and continued building a strong presence and culture of worship, the anointing, and the word. However, it was a move to the Jamaica Evangelical Church located on Guy R. Brewer Boulevard and 164th street that would mark a turning point for the church – moving from a group of believers to a church driven by ministries and service.

The Church of God of the Apostolic Faith 7th Day had her feet planted at that location for eleven years. During that time, God sent young men and women who held up the hands of Pastor and Evangelist Millwood. Deacon Milton Miller, Evangelist Linden Millwood, and Minister John Millwood stood on the front-lines of the ministry to assist in this great work. During this period, the church grew in numbers and Pastor Millwood’s desire to own his own church building increased.

1999 - The Church Joins forces with the Apostolic World Wilde Missions

The newly ordained Bishop R.G. Millwood continued to serve the parishioners of the Apostolic Church of God 7th Day with joy and fervor. His poignant and timely messages, infectious worship, internal repertoire of worship songs, and conviction to lead a church that stood on holiness, created a church that would produce men and women who would move and operate under the same anointing. We can all agree that God not only blessed Apostolic, but He blessed the entire Church of God 7th Day with a General, a leader, and awesome man of God. However, after a long fight with Diabetes, our beloved Bishop R.G. Millwood went home to be with the Lord. Saddened, but not broken, the church moved on in victory and power with a newly ordained Pastor John O. Millwood along with Evangelist Hortense Millwood to carry on the work of the ministry.

Since that time, God has raised up awesome men and women to serve as leaders in the church. Since 2002, several individuals have been ordained and appointed to ministry: Pastor Peter Philippe, Elder Everton Simmons, Deacon Everal Chotan, Minister Andrew Clarke, Deacon Devon Thompson, Missionaries Dahlia Hutchinson, Maria Rambadadt, Sheridon Simmons and Laurel Wade. Evangelist Annie Braithwaite, a faithful member, was also appointed to serve on the church board of trustees during this time period. In addition to our growing leadership structure, we have also had over thirteen baptisms since 2002 to present day.

The Apostolic Church of God 7th Day is growing and expanding spiritually and exponentially. We are a ministry driven church. With ten active ministries, we have dedicated ourselves to continuing a tradition rich in worship, the word and dedicated service to God and His Kingdom. There are great things in store for the Apostolic Church of God 7th Day of Queens, New York. We are extremely excited about the wonderful things God has in store for the next thirty years to come. To God be the Glory!